On March 11, 2021, President Biden signed into law the $1.9 trillion American Rescue Plan Act of 2021 (“ARPA”). The legislation includes among other things, a third economic impact payment (EIP) (also known as a stimulus payment), an increase in the child tax credit amount and changes as to eligibility, an extension of the employee retention credit (ERC) and an expansion of eligible employers, temporary changes to the earned income tax credit, and finally, exempts up to $10,200 of unemployment compensation for households earning less than $150,000.

The legislation authorizes a third round of economic impact payments (EIPs) of up to $1,400 for individuals or $2,800 for married couples.[1] However, unlike the first two rounds of stimulus payments, taxpayers will receive an additional $1,400 for each qualifying dependent, as opposed to each qualifying child.[2] Thus, certain taxpayers with college-aged children and those who provide care for elderly relatives or disabled adults will likely see increased stimulus payments. While the eligibility for the third round of payments remains the same at $150,000 for married taxpayers filing jointly, $112,500 for heads of household, and $75,000 for all other taxpayers, the phaseout thresholds have been lowered to $160,000, $120,000, and $80,000, respectively.[3]

For those taxpayers who experienced an increase in income in 2020 which would otherwise reduce or eliminate their eligibility for the third EIP, it might be advantageous to delay filing their 2020 tax return until after they have received their third EIP. If a taxpayer’s third EIP is based on his or her 2019 tax return but it is later determined that the amount of the EIP would be reduced or that the taxpayer would be ineligible based on his or her 2020 return, the taxpayer is not required to repay the EIP.[4]

In the case of taxpayers whose economic situation worsened in 2020, if the taxpayer is ineligible for the third EIP or receives a reduced EIP based on 2019 tax information and then upon filing his or her 2020 return, the taxpayer would have been eligible for the third EIP or eligible for an increased amount of EIP, the IRS will be issuing a “true-up” payment once the 2020 return has been processed.[5] The IRS expects to issue these trued-up payments between July 1, 2021, and December 31, 2021 in an effort to get the stimulus money out to taxpayers prior to the filing of their 2021 returns in 2022.

Second, ARPA creates a new category of eligible taxpayers referred to as a “Recovery Startup Business” (“RSB”). A recovery startup business is a business that meets the following three conditions:

Recovery startup businesses are capped at a cumulative amount of $50,000 per quarter, effectively allowing a maximum credit of $100,000 for the third and fourth quarters of 2021.

For 2021 only, the eligibility of the earned income credit (EIC) has been significantly altered. Prior to the enactment of ARPA, only individuals 25 or older but younger than 65 qualified for the EIC[12]. Individuals who are students are excepted from this relaxed requirement and are not eligible until the age of 24[13]. Additionally, both the amount of the EIC that can be claimed and the amount of income has been significantly increased for the 2021 tax year.[14]

The provisions above apply to taxpayers’ federal tax returns and may not necessarily apply to a taxpayer’s state return. Most states use adjusted gross income as the starting point for computing a taxpayer’s state tax return. However, not all states automatically adopt the Internal Revenue Code changes automatically. A large number of states, such as Kentucky and Ohio adopt the Internal Revenue Code as of a specific point in time, and thus, subsequent changes to the Internal Revenue Code are not automatically incorporated by the states. For example, in the case of the unemployment exclusion, the $10,200 of income that is excluded under the ARPA legislation from adjusted gross income, would not be excludible in Ohio or Kentucky unless subsequent legislation is enacted at the state level. Thus, where a taxpayer reduces his or her adjusted gross income up to $10,200 from the unemployment compensation exclusion, such income may be required to be added back to income for state purposes. Taxpayers should evaluate their state’s conformity with the federal law and the potential impact it may have on their state taxes if states do not automatically conform to the federal changes

All questions regarding these tax changes or others that may affect your taxes can be addressed to: 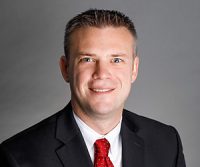 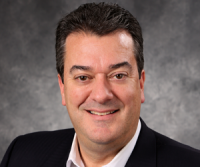